LEAP VIP - a hub to access hot of the press travel advise to navigate the corona world. Join now

Best coral reefs to see on your gap year

Coral reefs to see around the world

If you’re a Blue Planet lover just like us (and who’s isn’t really), you’ll know that coral reefs are being bleached, and aren’t recovering. This is disastrous considering they hold 25% of all marine biodiversity in the world. In 2016 bleaching killed between 29-50% of coral on the Great Barrier Reef, and it’s not improving anytime soon.

What is Coral Bleaching?

Bleaching is when seawater reaches above-average temperatures, causing the polypus to expel the algae that live in their tissues. Without 90% of energy generated by the algae, the coral begins to starve, turning white. Scientists have identified global warming to be the cause of this.

So here is a list of the most beautiful, spectacular coral reefs around the world that should be seen before it is too late. 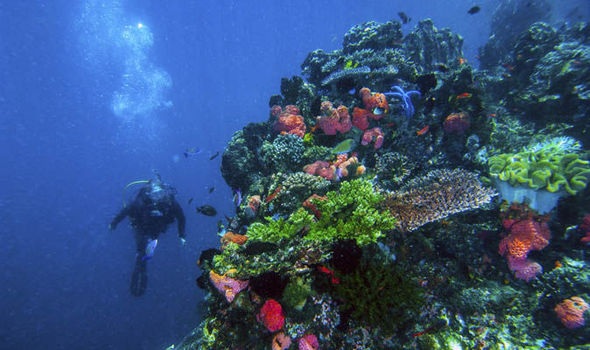 The Galapagos Islands are an arcadia on earth for nature and wildlife. Hardly touched by humans because of their remote position and lack of fresh water, flora and fauna have had a chance to thrive. Underwater, the intersection of 3 major oceanic currents combined with nutrients and shallow oceanic water has created a haven for marine life.

The corals of the Galapagos Islands range from true reef-building corals to single species of corals. They also house a plethora of rare marine life. These include seahorses, King Angelfish, eagle rays, and so many more… your bags should be packed by now... The Southwestern coast of Madagascar has the third largest coral reef system in the world. The Toliara reef extends for more than 300 km…I know right! With everything from shallow lagoons to abyssal reefs that extend nearly 1 km deep, there’s no surprise the biodiversity on this coral is vast. This is why it needs protecting. The combination of Acropora Coral and Blister Coral combined with ridiculously clear water creates a world that is simply picturesque.

Interested in scuba diving in Madagascar? You can go without having done any scuba diving previously…what are you waiting for?

The world’s largest coral reef, and an absolutely breath-taking one for that matter. Stretching over 300km, with over 3000 individual reef systems, The Great Barrier Reef is one of the 7 wonders of the world…and deservedly so.

Hundreds of picturesque islands and a vast marine biodiversity make this destination so popular for backpackers. But The Great Barrier has been hugely affected by global warming. All 400 different types of coral are under threat due to rising water temperatures. Without this habitat, marine life will struggle to survive.

Zanzibar is famous for its intriguing history and white sandy beaches, but it also holds a very precious secret… Under the sparkly blue coastal seas hides a bounty of marine life and coral reefs.

The most spectacular reef is perhaps that surrounding the Mnemba Island, which is ideal for scuba divers and snorkelers. With over 350 fish species alone Zanzibar’s coral reefs, you won’t be disappointed.

What are you waiting for?

Marine Biologist, Sylvia Earle says, “Ice ages have come and gone, coral reefs have persisted.” This statement is now being challenged. Coral reefs are one of this world’s treasures, and to see them dying is both shocking and heartbreaking. This is why you should pack your bags right now and go see some of these mind-blowing corals for yourself…before it’s too late.

We have award winning programs across Africa, Asia, South and Central America. All include a mix of projects and adventures. All are supported. All involve team work.

Podcast exploring our Namibian project and living in the desert