Day 8 was the final finish to our veggie patch (otherwise named aptly by Ralph as ‘Princess Tittie Sprinkles’). Gigi absolutely smashed this activity, showing us all who was boss. This was much needed considering everyone was dropping like flies throughout the day with traveller’s tummy. 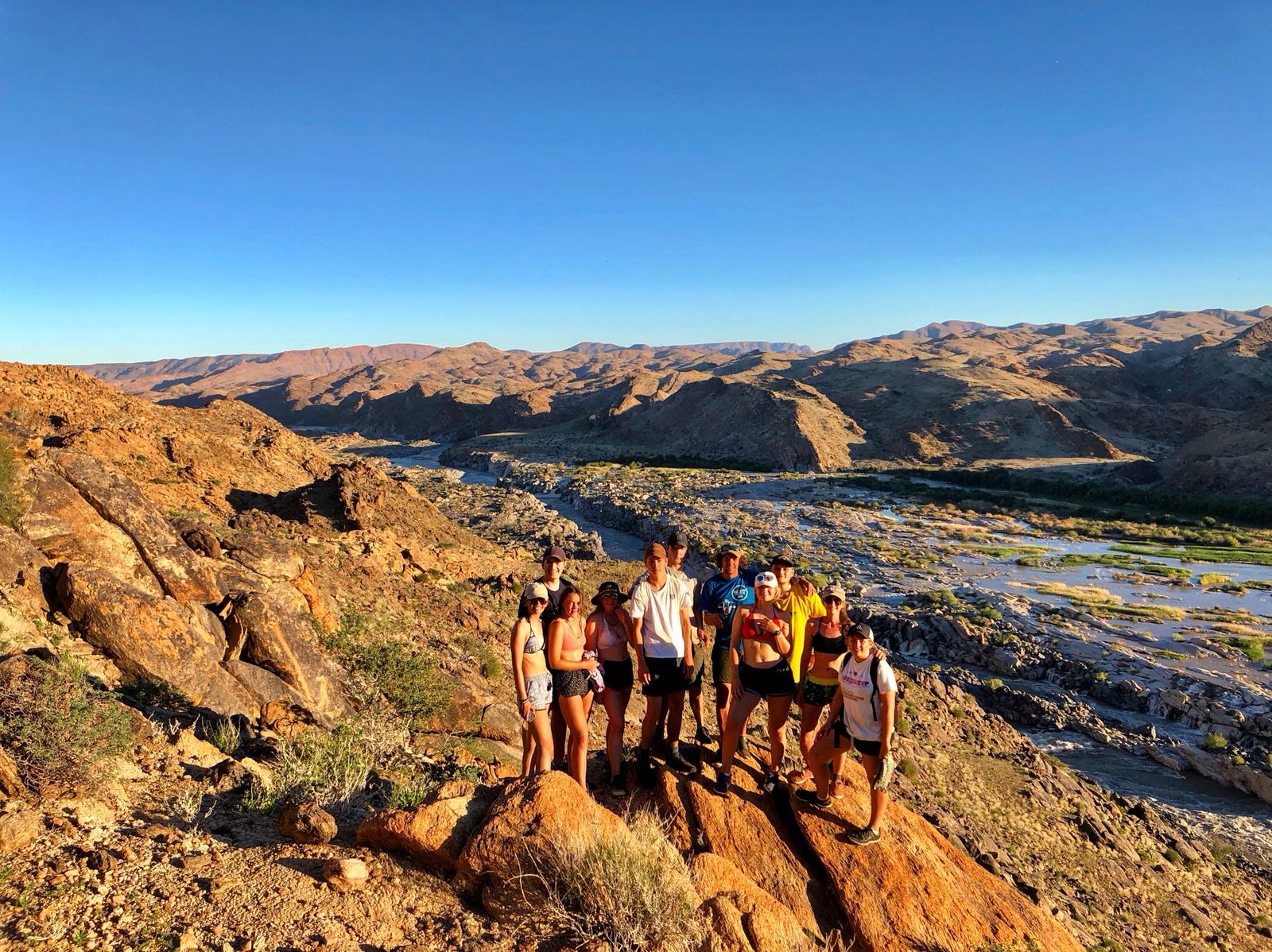 Day 9 started off with a flat tyre but with Red being pretty quick at solving this we got the day going quickly with the beginning of our natural dam construction. After a long day of shovelling A LOT of sand - confronted by yet another flat tyre on the way back - we were all extremely excited to be getting back to camp and into bed before at least 8pm. Crazy. 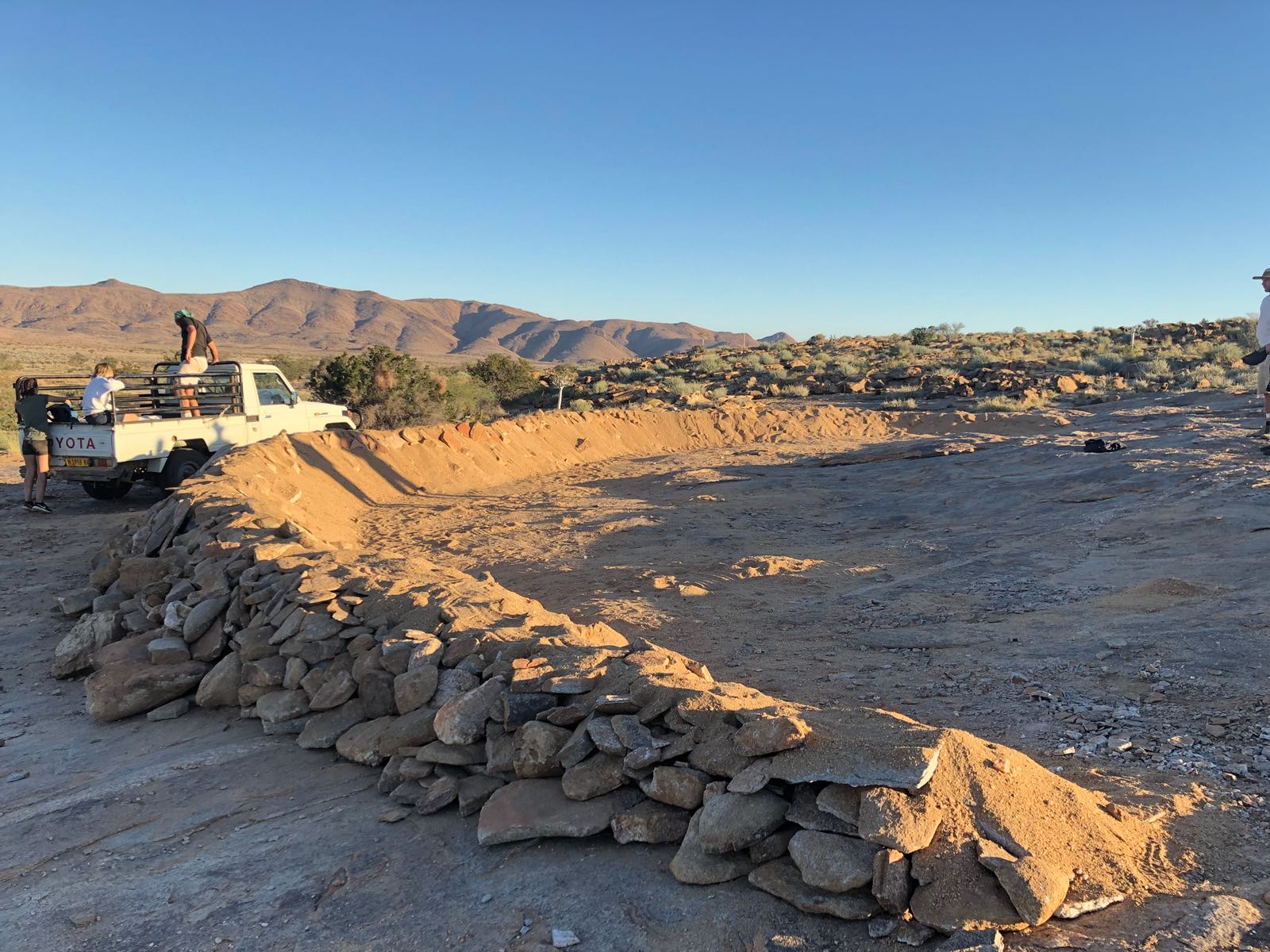 On Sunday (day 10) we joined the herpetologists and helped them build three pitfall traps to catch snakes and reptiles for their research.They are exactly what you expect herpetologists to be – bizarre. In the afternoon we continued the search for snakes and spread out for an hour looking beneath all the rocks, with the intention (or I had the intention) of not finding any. In the evening we “seshed hard” with Savannah Dry’s and Windhoek Lagers and of course, a civilised game of cards. 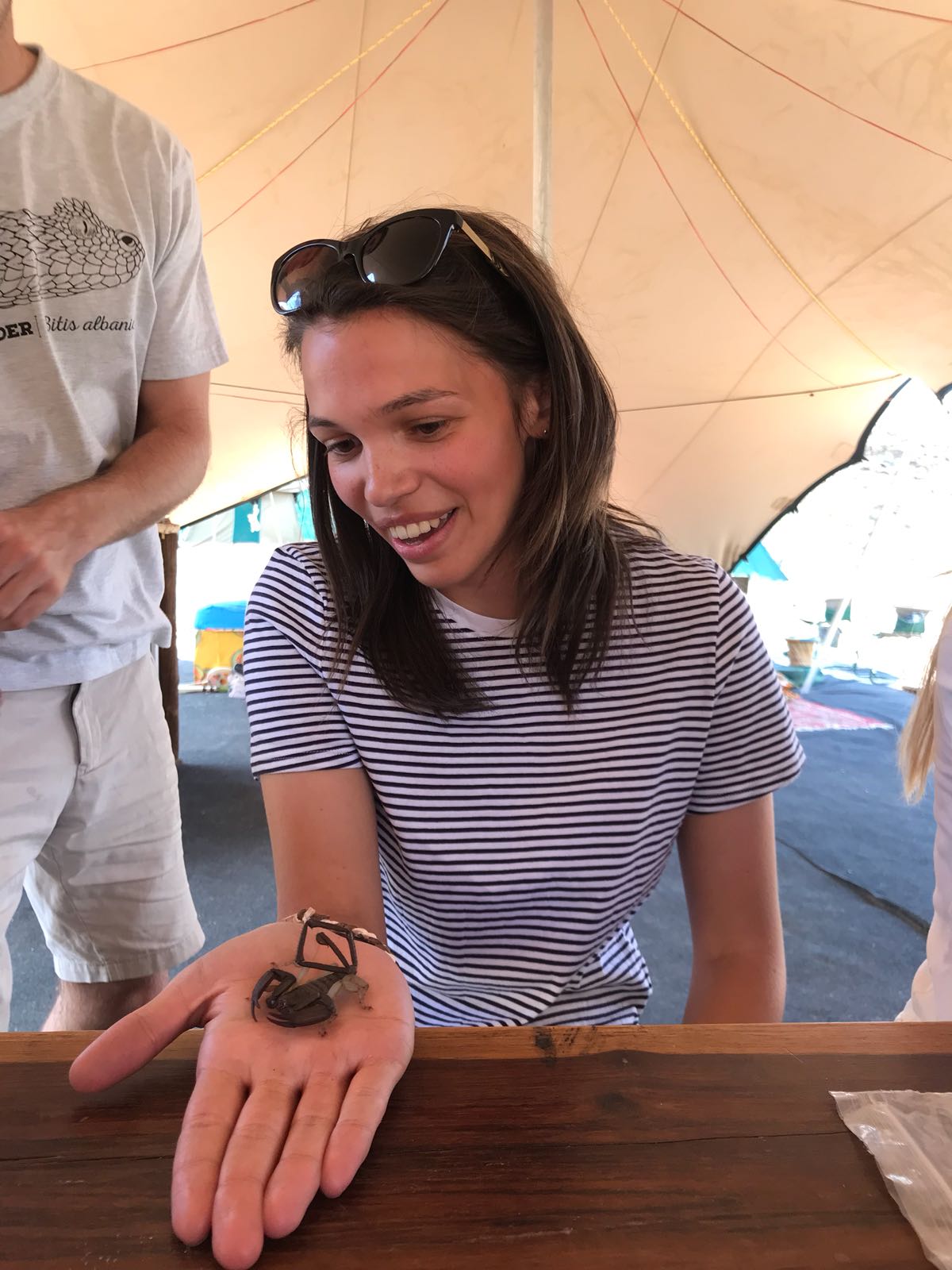 Monday was another day of dam construction, which was pretty dam successful (pardon the pun) and meant that we are now really near to completion. Shout out to Raul for the extraordinary lunch of Fanta, boiled eggs and biltong and Magnus for his guns. Imi and Emily are also now experts at collecting rocks, which will be extremely useful for their time after Namibia.

Tuesday morning was a chilled one followed by an afternoon of ‘show and tell’ with the herpetologists of all that they’d caught around the conservancy. 3 snakes, several lizards and geckos, and a few scorpions later we drove off to begin another snake hunt and enjoy the incredible sunset views from the other side of Oana. After seeing how excited the ‘herps’ were at catching a snake within the first two minutes, Ivo was keen to test how easy it was to cry wolf. We’ve never seen someone search for a fake snake so long. 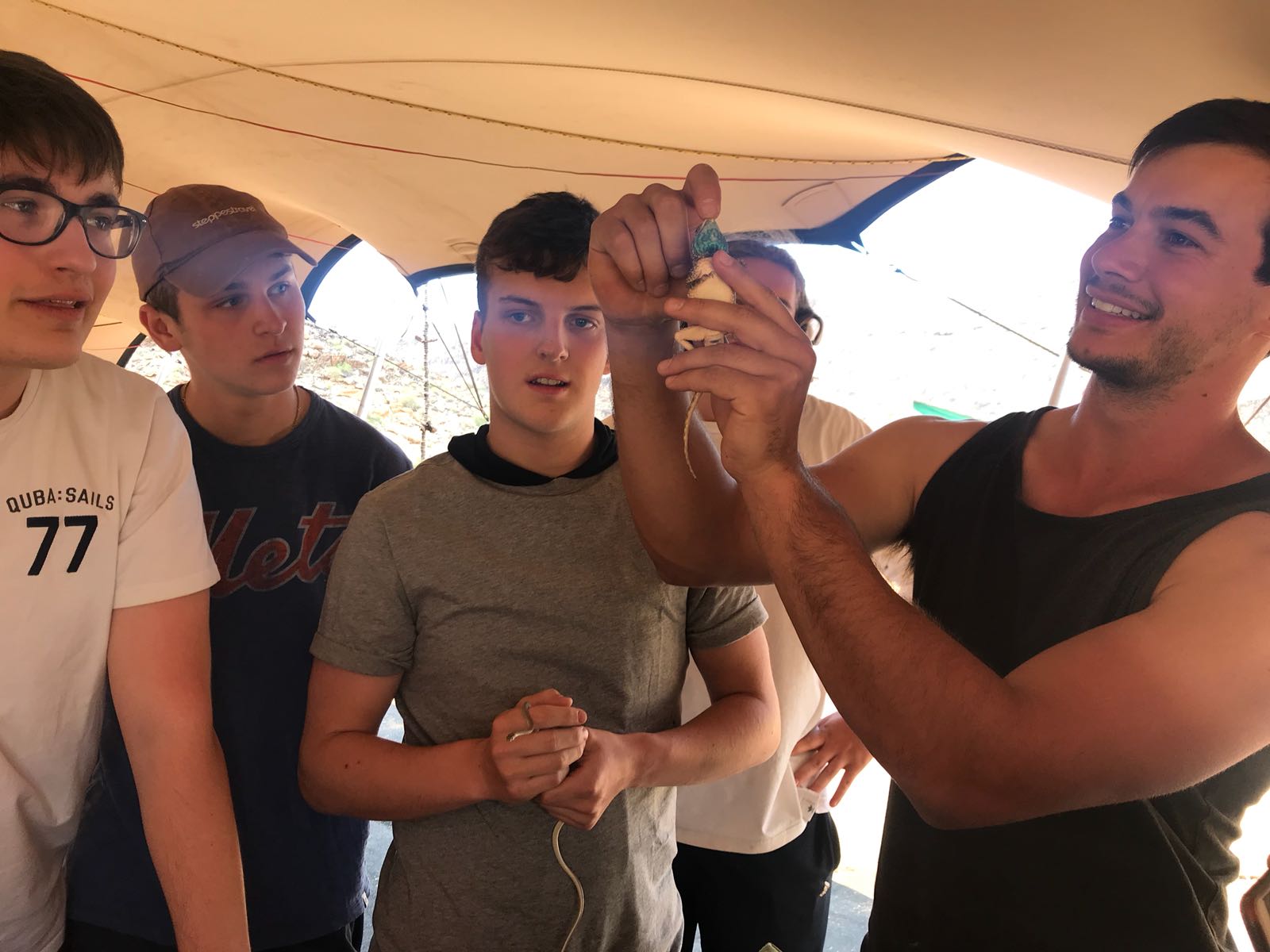 Wednesday Imy S began her vet training with the hanging of a cow’s head as bate for the leopards. After an exciting lunch time seeing the rare desert mountain adder, half the group joined Red in destroying previous hides used for hunting and the other half joined Monica in some African style bread making. Thursday was the final day with the herpetologists and was definitely the most successful one. In the first hour of the hunt for snakes we found the famous ‘Cape Cobra’. Theo ran straight for it, grabbing it from behind, which was obviously extremely terrifying for us but also very cool to see and won’t be forgotten.

Lastly I’d like to announce couple of the week: Ralph and Ivo. Their bromance has certainly flourished over the past few days and continues to entertain us all on the numerous truck journeys and activities on Oana Conservancy. 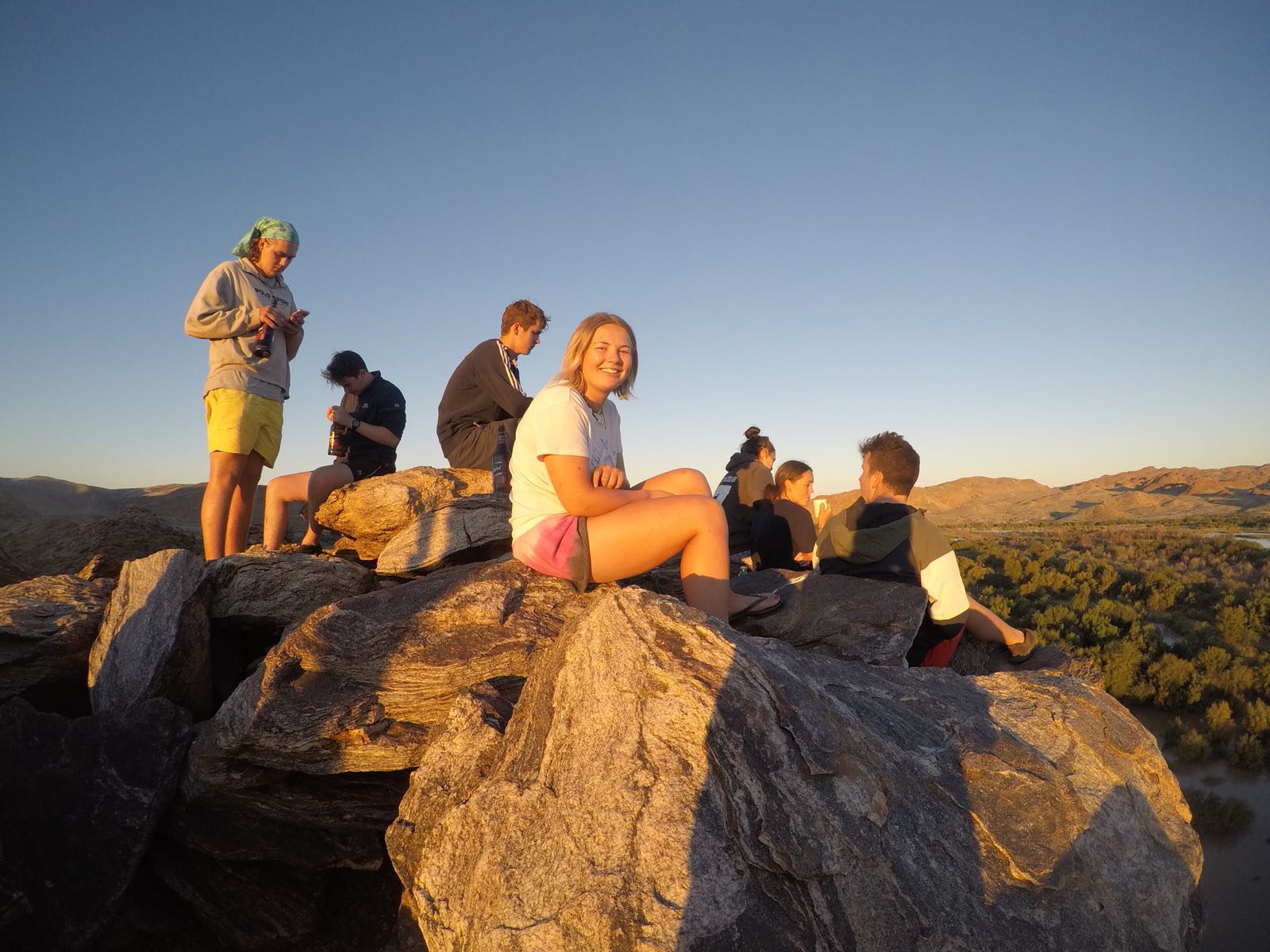 We can help. We have sent lots of gappers away through the last 10 months and can confidently call ourselves Covid Travel Experts. Get in contact to start the ball rolling.