Meeting King Julian in all his glory...

You might think this is Africa - been there done that - but I promise you it may be close on the map but that's where the similarity ends.

Firstly, the people. Over the centuries it has received waves of migrants from all corners of the world, each bringing their own customs, beliefs and architecture. French is the national language and strong coffee, croissants and baguettes are on every street corner.

Secondly, the wildlife. Yes we have all seen the movies (numerous times) and we love King Julian. Yes, he really does exist and no, he is not that pretty. He has lots of relatives who are white and fluffy but the King has yellow eyes and hasn't been told that staring is rude, just so you know.

Thirdly, the marine life. Utterly stunning is all I can say. The coral is still colourful (i.e alive), the turtles are everywhere, as are the whale sharks in November. So pack your snorkel an marvel at coral ‘cathedrals’, shipwrecks, rays, whale sharks.

Venture out to the islands of north-west Madagascar to explore the forests and marine world before contributing to community development.

This vibrant and remote adventure explores the stunning tropical islands off the coast of Madagascar, so you are best placed to experience a unique combination of community, culture, wildlife and marine.


This is what we have planned...

Throughout this adventure you will visit a selection of Madagascar's exotic islands dotted around the largest called Nosy Be.

Nosy Be is just off the north-west shore of the mainland, and where you fly into. What you will find is a little slice of paradise - squeaky white beaches, crystal clear waters wrapping around a core of lush rolling hills covered in the sweet smelling ylang ylang plantations and rum distilleries: think the Caribbean but better...

There are 2 main towns to explore - the main hub called Hell-Ville and a more beach orientated one called Ambatoloaka which is where you will stay for the first few days.

Nosy Be Island Arrive and settle in

You will be picked up and taken to a little hip hotel in the coastal town of Ambatoloaka. Here you will rest up and settle in before exploring the local town and beach life.

Ambatoloaka has everything you can imagine (and need) from groovy little shops to cafés and killer cocktails, so it's a good base and easy to wander around for a good snoop.

Here you will stay in a 3 star hotel like Sarimonok which is close to everything and right on the beach.

Breakfast at the hotel. Lunch and dinner will be out in one of the local cafes.

To kick start the adventure you'll start with with a trek through the Lokobe forest on the southern/eastern tip of Nosy Be. Lokobe covers an area of about 4 km² of the last remaining Sambirano primary forest. This humid evergreen forest is the natural habitat for the endangered black, grey-backed sportives and mouse lemurs, the pygmy kingfisher, long-eared owls and if you're very lucky a panther-chameleon, so pack your binoculars.

The trek winds its way up through the jungle ending with a fabulous viewpoint at the top, so no sitting on the bench - that's the half way point.

As true MidLifers you'll be following the 'work hard, play hard' motto. So our hosts, MRCI have organised for you to help with 2 ongoing community projects which we support. This first is a day care centre for disabled children on Nosy Be and the second is a school build in the remote village of Ampoana.

Both projects are ongoing and depend entirely on volunteers' support for development. By helping here you will work alongside local islanders, who will be so chuffed and grateful for your help and in return will make the experience fun and rewarding.

This is your blue planet moment. Get prepared to put your snorkle on and swim with the majestic whale sharks. Utterly amazing. You will literally be only a few feet away from them. They glide, they are calming and you won't feel threatened in the slightest. While you are here you will also see rays, dolphins and turtles. An underwater safari at its best.

Lunch will on Nosy Iranja. Another stunning location but I don't want to spoil it by saying any more.

In the afternoon you will arrive at the coastal village of Ampoana, which is on the mainland, but totally isolated and remote. Here our partners MRCI have built a basic camp to home our volunteers. 2020 is the year of the school build so this is where you will contribute and make a difference.

3 meals a day will be provided by the camp cook. Expect fish, beans and rice.

You will leave camp in the morning and head out to Nosy Tanikely whose surrounding waters are part of a marine reserve. Here you will find amazing snorkeling opportunities in the shallow waters (between 2 and 12 meters deep) home to exotic fauna, flora and the Hawksbill turtle.You will have lunch here, climb up into the light house to get a 360 view of the area, while being watched by the inquisitive lemurs who will sneak into the trees above - staring being their forte.

In the afternoon, you will arrive at Nosy Komba which is an island directly opposite Nosy Be. Here you will stay for the next couple of nights to explore the forest, Lemur park and do a trial dive in the marine national park which is directly in front of the island.

Breakfast in the hotel, lunch and supper out in one of the village cafes.

Now many of you might think 'I hate quads' but this is the moment you have to go with it as it is the best way to explore the wild interior of Nosy Be Island.

With your guide you will be be taken through padi fields, ylang ylang plantations, banana farms and the scared lakes. It is a stunning adventure and a great way to end the trip.

Your accommodation for the last night is a surprise...trust me - you will like it and it will be just what you all need.

Breakfast at Elios, lunch in Hellville, Supper in a surprise location.

You will have the morning to relax and get organised for the flight back home.

This MidLifer to Madagascar is all set to capture the best weather and the visiting whale sharks.

We can only take 10, so I am afraid it will be on a first come, first served basis...so book away...see the big book button.

Any questions email me at: milly@theleap.co.uk

Know before you go...

More on the essentials

Exploring the forest to find rare and unique species. Lemurs being just the beginning.

Venture into the deep blue to swim with these majestics beasts.

Make a difference to the lives of many through our community projects.

Time in, Time out

We promise there will be time for you to chill and do your own thing.

This MidLife trip has been put together and will be hosted by David Bird and his team, who run the Madagascar Research and Conservation Institute (MRCI) - an NGO focusing on environmental research, community development and educational programs on the islands of north-west Madagascar.

They are a fantastic team and will take us off the beaten track, to explore and contribute.

Research and conserve the terrestrial and marine environments in and around Madagascar.
Assist the Department of Education in educating local fishermen on the importance of marine conservation.
Support and facilitate, where possible, other conservation and research initiatives.

Have a read of what our Leapers have been up to... 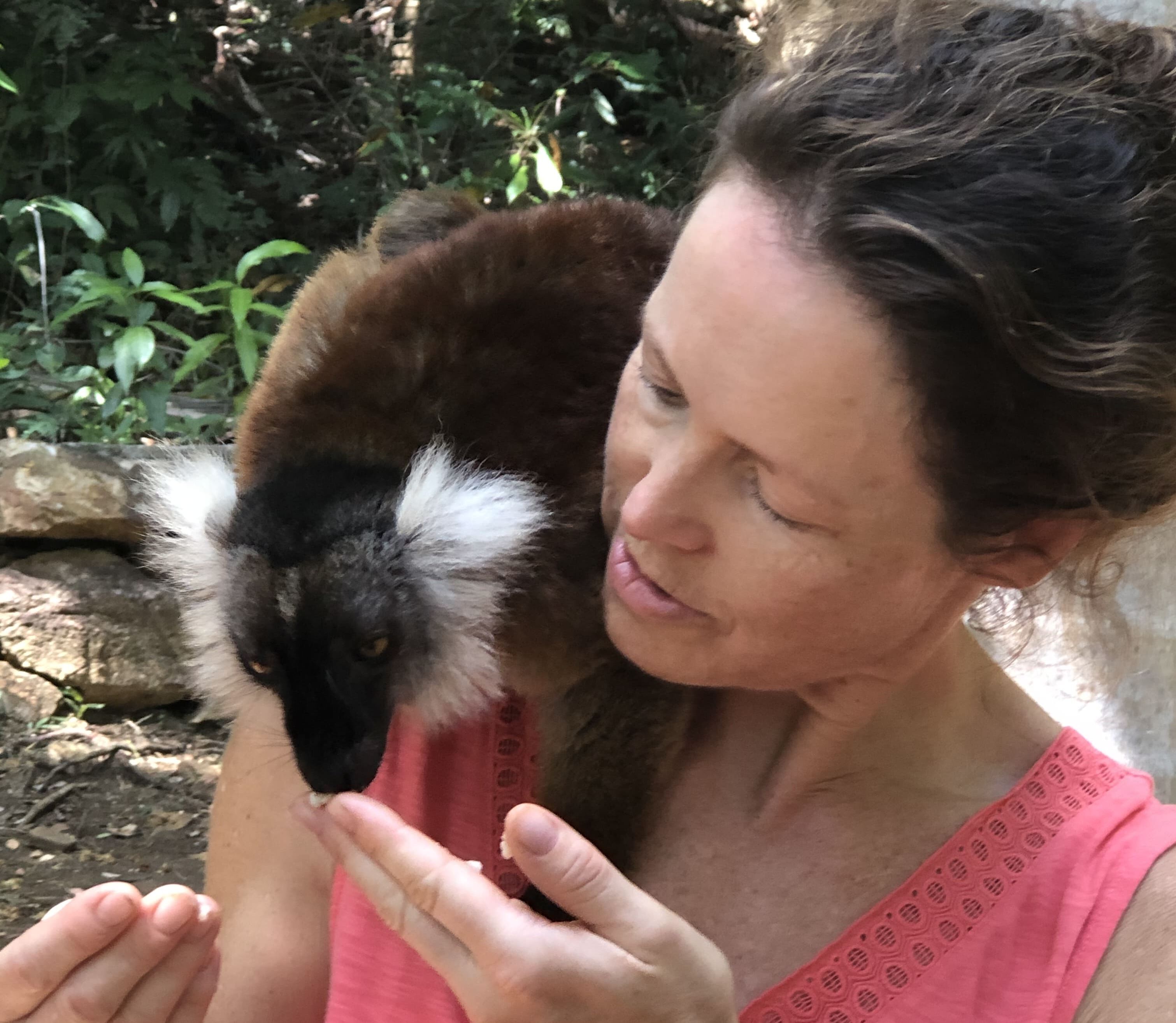 I wasn’t sure how I was going to cope with the sleeping arrangements and roughing it, especially as I’m a contact user and need clean hands and a mirror to get them in, but it wasn’t a problem and all the things I worried about before I left were forgotten once I was there.

I had to pinch myself that we actually swam with manta rays and whale sharks and saw the most perfect beaches and yet balanced this with making other peoples lives better on ‘work days’, when we painted a school and health clinic and made bricks for a school build project. 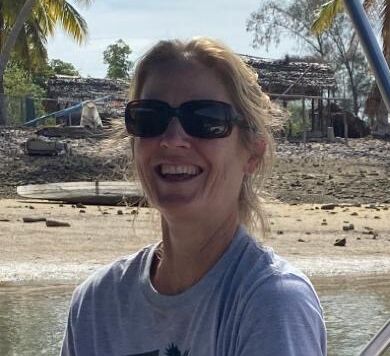 "The trip exceeded my expectations."

When I signed up I was a little apprehensive as I only knew one person and wasn’t sure how the dynamics of the group would work. As it turned out the group could not have gelled better. The trip exceeded my expectations. I felt we had the chance to give something to the local communities as well as have some fun.

I would highly recommend doing a MidLife Leap – super-duper organised, with attention to detail which meant we were all able to relax and enjoy every minute as we had nothing to think or worry about. It was the most fantastic amazing opportunity that I feel blessed to have experienced. 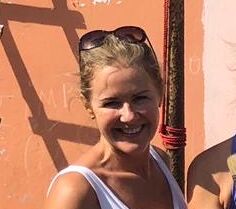 "An extraordinary and memorable trip"

If you are feeling motivated to make a difference and looking for an off grid adventure, have a look at The Leap’s website.

If you enjoy a challenge and want to feel intrepid, you can join a group of like minded individuals for an extraordinary and memorable trip, organised for you by experts. I cannot recommend The Leap more highly. 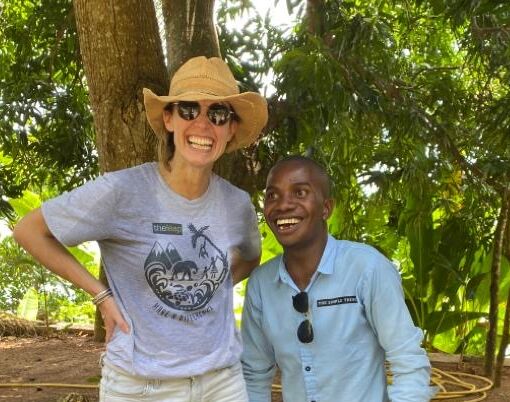 During our time we slept in dorms, washed out of a bucket, painted a school, planted shrubs and trees for nesting turtles, swam with whale sharks and manta ray. What struck me through all of our incredible experiences was the camaraderie and kindness of everyone. No-one thought of themselves first. Mosquito spray was given to your pal before you used it yourself. And we're tough old birds! No whingeing at all which was quite something for a bunch of mums who have got used to a comfortable way of live back at home.

The Leap's people on the ground are vital to the smooth-running of anything so off-grid and they found the dream team who were largely locals and knew exactly how the islands ticked and what would work. I think it's brilliant to 'take the leap', venturing outside your comfort zone and realising that at 40/50/60 you've still got what it takes.

Want to know more or filled with panic about venturing off on a MidLifer? We're here to help.

We love a chat.

Know before you go...


Dry and hot in November. The perfect time to go.

You're about to leave Madagascar...

A great combination - add to your wishlist.

Add to wishlist No Thanks

You're about to leave Madagascar...

A great combination - add to your wishlist.

Add to wishlist No Thanks