Weird and wonderful architecture to see on your Gap Year

Weird and wonderful architecture to plan your route around the world.

For those backpackers amongst you, you probably won't be staying in the most elegant of places…but that doesn’t mean you can’t admire them close up. Here are some of the most eccentric and individual buildings in the world, that took the most creative of minds to bring to life. For all you South East Asia backpackers, if you miss a visit to Crazy House, then it’s you who's crazy! This incredible work of architecture is thought to have been influenced by eccentric artists like Salvador Dali and Antoni Gaudi, as well as writers like Lewis Carol and C .S Lewis. We can see this through the asymmetrical, surrealist designs. Stairways that look like caves and fireplaces that resemble a kangaroo bellies are just the start of this buildings uniqueness. In addition, each room is said to represent a different nationality, portrayed through a different animal…This definitely ticks the wacky box on this list… 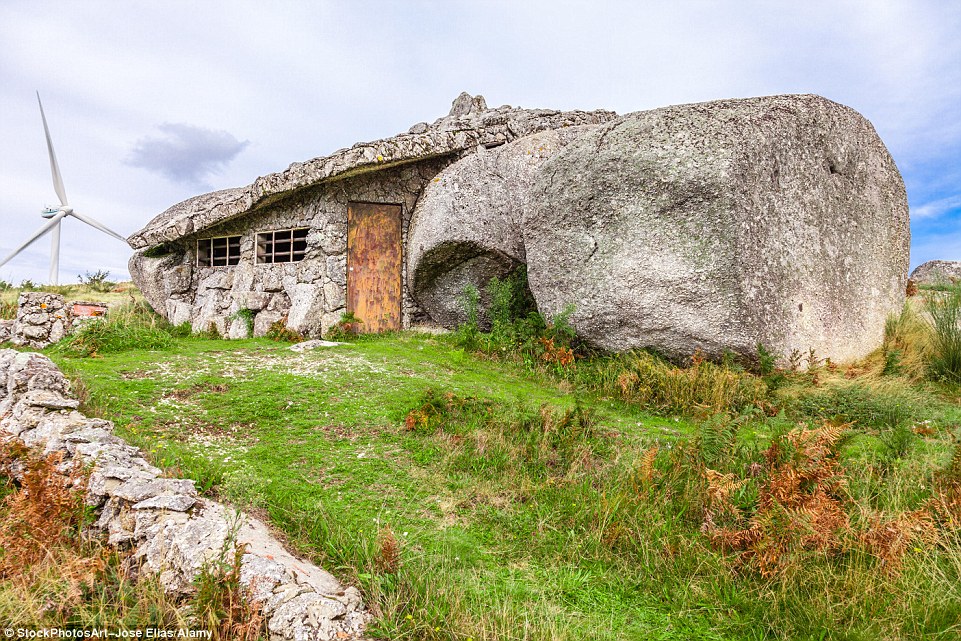 Where nature and architecture combine: Casa de Penedo directly translates into “house of rock” and we can see why… Four large boulders make up the walls, ceiling and foundation of this house. Located in Nas montanhas de Fafe, Portugal, this small and most certainly quirky house used to be a holiday home, however due to its wacky design, it is now a museum…

This building is sure to turn your mind upside down…WonderWorks Science Museum takes the form of a huge upside down building…like it has just been blown over by a storm.

And it’s not just the façade that’s upside-down. Inside visitors are made to feel as though the floor is the ceiling as they look up to see upside-down staircases and lights. You'll get to see some of the coolest science discoveries around, including laying on a bed of nails and seeing the stars through a huge telescope … okay, this maybe is directed at a slightly younger crowd, but there’s no denying the cleverness of this piece of architecture.

Ferdinand Cheval devoted 33 years of his life to creating his dream palace. At the age of 43, whilst on his daily rounds as a postman, Cheval came across a strange stone. He was so fascinated by this stone that he decided to build a dream palace in his garden.

He spent the rest of his life collecting these stones with a wheelbarrow and making his dream a reality. The self-taught architect drew his inspiration from magazines that he delivered and books he read. Although he died before he could finish it, others carried on the work until finally in 1912 Cheval’s ideal garden came to life. This is by far one of the most impressive buildings around. 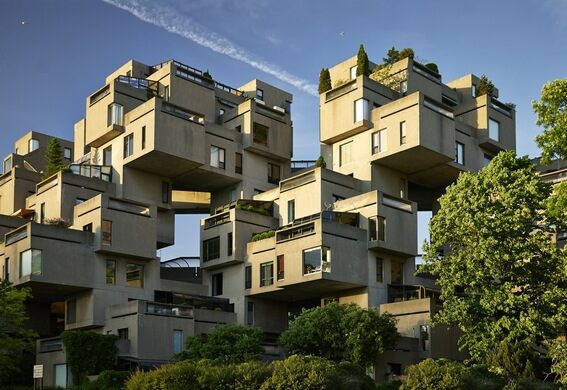 Fitting together like a giant jenga puzzle, 354 identical concrete blocks are placed in a variety of combinations to make 146 residences…complex I know.

This futuristic building was originally constructed by Moshe Safdie for Montreal’s world fair (Expo 67). Safdie’s aim was to create a sense of peace and natural environment in its busy urban setting. Habitat 67 is, to this day, considered one of the most spectacular buildings in Montreal and is a country landmark.

Although St Peter’s Basilica isn’t exactly considered weird or wacky today, it once was one of the most modern, impressive buildings around. In many ways it still is. It’s a classic that just has to be on this list.

Pope Julius II commissioned the rebuilding of this cathedral in the early 17th century. His intention was to create the most spectacular church in all of Christendom- and he did. With the input from some of the Baroque greats including Bramante Michelangelo and Bernini, the finest Basilica in all of Italy was created.

The Tianzi hotel is definitely one of the stranger hotels out there. The word Tianzi directly translates into the phrase “Son of heaven,” and this religious theme is also present from the architecture of the building itself.

The hotel’s exterior takes the shape of three vast bearded figures, which directly resemble the Chinese Gods of prosperity, fortune and longevity. These figures establish both the religious and astrological historical association…and they also make it look pretty cool.

What are you waiting for?

A gap year is a perfect chance to explore the world. Whilst on your travels why not go and visit some of these magical places? These are just a few examples. Weird and wacky buildings are scattered all over the world, and if you want to find those gems on your travels you just have to know where to look…and that’s why we’re here.

We have award winning programs across Africa, Asia, South and Central America. All include a mix of projects and adventures. All are supported. All involve team work.